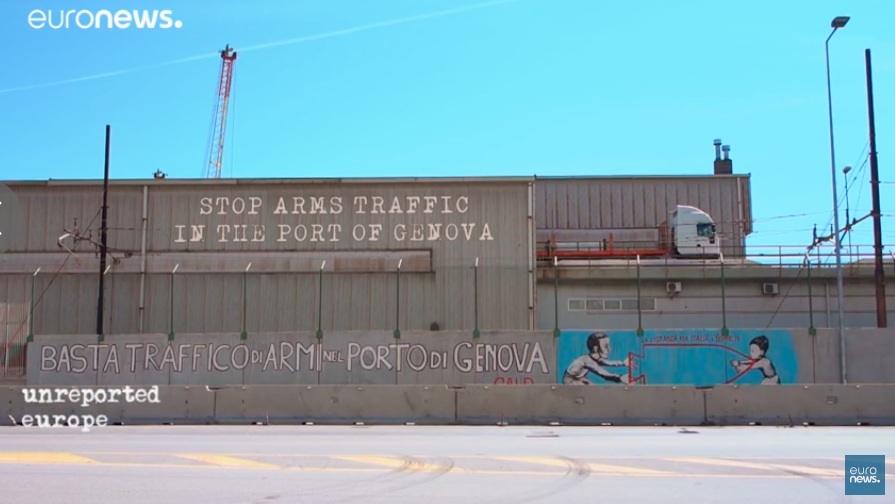 Italy is the fourth biggest weapons exporter in the EU. Its defence industry refused to talk to euronews about what and who they sell to, but anti-military activists were very vocal.

Francesco Vignarca, a member of Rete Pace e Disarmo (The Peace and Disarmament Network), took us to an Aircraft and Aerospace Division Factory and Airport that produces and tests military planes. They are in Venegono in northern Italy and are owned by the company Leonardo. Before they belonged to Aermacchi. Italy’s military aircrafts are made there.[…]