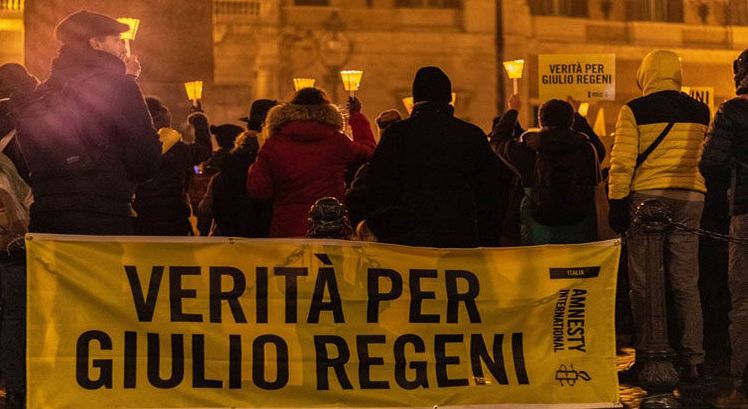 Activists decry move to sell two frigates to Egypt even as 2016 murder of Italian student near Cairo remains unresolved.

The Italian government is facing increasing calls to scrap a major arms deal with Egypt after reports emerged it had agreed to sell two naval frigates to the North African country.

Citing sources familiar to the matter, news outlets in Italy reported last week that the government had approved the sale of the FREMM vessels – built by Fincantieri and originally intended for the Italian navy – for an estimated cost of 1.2 billion euros ($1.3bn).

This is believed to be the first in a series of arms sales to Egypt totalling up to 11 billion euros ($12bn), according to several media reports in Italy. The so-called “order of the century” includes four more frigates, 24 Eurofighter Typhoon jets, 24 trainer aircraft and a satellite, an Italian source close to the negotiations told La Repubblica newspaper.

“We should rather call it the shame of the century,” Riccardo Noury, a spokesman for Amnesty International Italy, told Al Jazeera on Tuesday, echoing the backlash that followed the reports.

Critics have accused the coalition government of not following the proper procedures for the approval of such a deal, while human rights groups and activists decried selling arms to a country with a poor human rights record, especially as the 2016 murder of an Italian student near Cairo remained unresolved. (….)

In response to the growing criticism, Di Maio said the final authorisation over the frigates’ sale was still pending, adding it still needed technical approval by the government body in charge of authorising armament exports.

Still, several rights groups, including Amnesty International, launched the #StopArmiEgitto (StopArmsEgypt) campaign to bring the reported agreement under parliamentary scrutiny. The groups alleged the deal violates national legislation regulating the sale of arms and threatened legal action if it went ahead without a debate in parliament.

“The sale is in open contrast with our legislation,” argued Giorgio Beretta, an arms sales expert who joined the campaign, citing Egypt’s involvement in the conflict in neighbouring Libya and its human rights record. He told Al Jazeera the current law stipulates that arms exports should be in agreement with Italian foreign policy and also bans the sale of arms to countries engaged in armed conflicts and to those that are responsible for human rights violations.

“Due to all these issues and due to the deal’s exceptional characteristics – including the fact that the frigates were initially produced for the Italian navy – it should pass through a discussion in parliament, as the law states,” Amnesty said in a June 12 statement. (…)